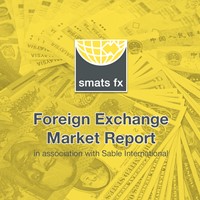 The United States could see Q2 activity rise closer to pre-pandemic levels, as leading indicators begin to show strong signs of economic recovery. While weekly jobless claims rose to 719K, Non-farm Payrolls on Friday indicated that The US added a total of 916 000 new jobs in March 2021. This months Non-Farm Friday smashed expectations, after Morgan Stanley and Goldman Sachs published estimates between 600 000 – 650 000. The largest gain was in Leisure & Hospitality (280K) sector, followed by Private Education (190K). The US unemployment rate fell to 6%.

The strong employment data highlights how the stimulus has helped boost the economy and influence potential future GDP. Nevertheless, the US is still 8.4 million jobs below the highs of February 2020. The Federal Reserve reiterated that it will take some time to reach full employment and will need to provide continued monetary aid to the economy.

Combined with the easing of business restrictions and further progress in the vaccine rollout, market optimism has helped to boost risk-on sentiment support strong performance in the equity markets. The Dow Jones advanced marginally during the week, while the S&P 500 advanced by 1.14% and touched 4000 for the first time.

Last week, our selected Asian-market currency pairs lost some ground against a dominant dollar and strong sterling. GBP/SGD and GBP/HKD pairs both appreciated throughout the week, by 0.37% and 0.43% respectively, while USD/SGD and USD/HKD remained relatively flat. With very little local data to move the exotic currency pairs, the HKD and SGD will rely on global influences in order to make gains in the upcoming week. GBP/AED also trended upwards during the week, appreciating by 0.33% and closing the week around 5.080.

Sterling had another respectable week in the markets, benefitting from prospects of a significant uptick in Q2 economic activity, as the U.K is expected to outperform the majority of the G7. In the U.K, over 30 million people have had their 1st  dose of the vaccine and 3 million have had the 2nd one. All of the region’s most vulnerable people have been offered the jab and the take-up has been better than expected. Lockdown restrictions are being eased slightly, with gatherings of up to 6 people now being allowed. Non-essential shops and hospitality sector business will be allowed to re-open on April 12th.

Next week, the UK trade balance (February) will be released, after the trade deficit fell to £1.6 billion in January on the back of declining exports and imports. Industrial Production, Manufacturing Production and Construction Output will all be released for the month of February, too.

In the Eurozone, a battle to deal with the 3rd wave of coronavirus continues to put pressure on the Euro, which ended another week in the red. While France announced a brand new one-month lockdown, concerns over newly emerging COVID-19 variants further stunted the outlook on the Eurozone. Retail Sales also slumped by 5.9% in March, after February’s rebound. February’s Unemployment rate for the Euro Area is also due this week, and is expected to remain at 8.1%

The Aussie dollar was unable to capitalize on the risk-taking mood, as the new lockdown in Brisbane has halted any gains for the AUD pairs. GBP/AUD traded with a topside tilt, along with USD/AUD which also saw movement to the upside.

This week, NAB Business Confidence will be released for March, and is expected to rise from 16 to 18. Westpac Consumer Confidence for the region is also anticipated to see a slight rise. We will also hear more about the regions employment status, after February’s unemployment rate came in at 6.2%.

The Kiwi Dollar reclaimed some strength against developed market currencies, after a string of poor performance in the markets. With little local data to influence the currency pairs, NZD was driven by the positive global sentiment. GBP/NZD and USD/NZD pairs both fell slightly, along with a 0.93% depreciation in AUD/NZD.

This week, the Reserve Bank of New Zealand will be providing their interest rate decision, which is expected to remain at 0.25% until medium-term employment targets are met. NZ Manufacturing PMI is expected to increase slightly in March, after February’s decline to 53.4.

Last week, the rand benefitted from a combination of favorable local data and an overall risk-taking appetite. Both the GBP/ZAR and USD/ZAR pairs depreciated during the week, by 1.73% and 2.17%, respectively.

South Africa’s trade surplus rose to R28.96 billion in February 2021, exceeding expectations and bolstering the rand. Exports grew by 16.5%, mainly due to a 73% rise in the sales of Vehicles & Transport Equipment. Meanwhile, imports only rose by 1.6%, leading to the widening surplus. The ABSA Manufacturing PMI rose from 53 last month to 57.4 in March, exceeding an expected rise to 55. Growth in Vehicle Sales of over 30% also reinforced the narrative of economic recovery and an uptick in spending. The JSE rallied last week, with the prospects of higher potential GDP contributing to the bullish outlook.

Apart from positive local data, the rand was further supported by global market optimism over the prospects of an economic bounce-back. Next week, Retail sales for February will be released, after a previous YoY contraction of 3.5% in January.